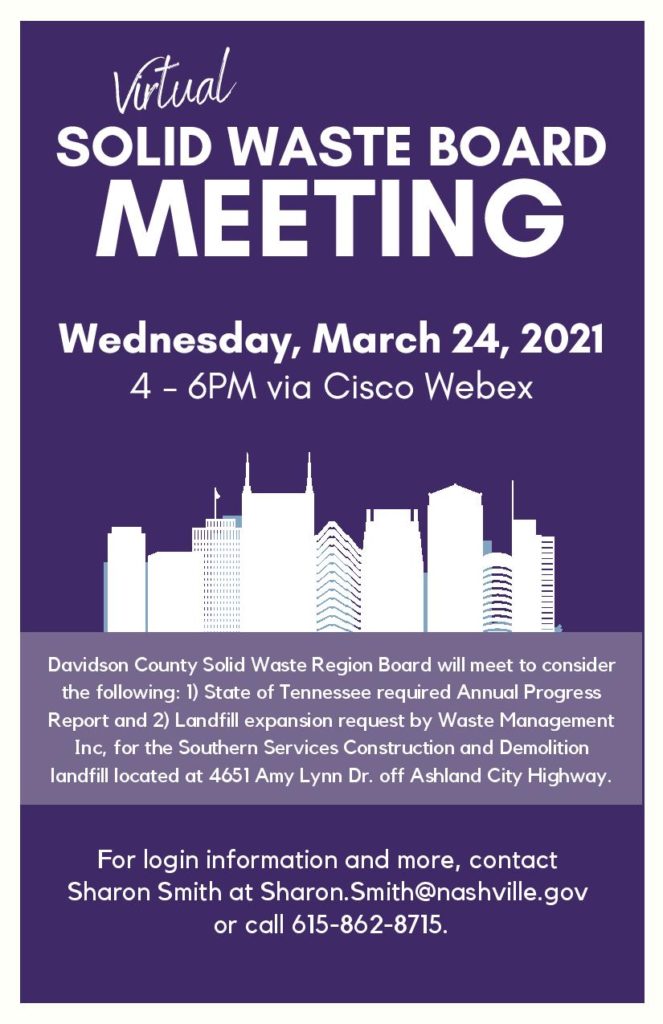 The landfill is located in Bordeaux at the corner of Briley Parkway and Ashland City Highway.  Community resistance to the expansion has focused on environmental concerns, declining property values and dangerous trucks travelling on neighborhood roads.  The lawmakers are asking that Metro Government step in and invoke the Jackson Law requiring local approval for landfills and veto the expansion.

Metro’s Solid Waste Region Board is scheduled to consider Waste Management’s expansion plan on Wednesday with time devoted to public comment, so lawmakers are urging concerned citizens to pressure the board to uphold the Jackson Law.